A documented Jewish presence  in the British Isles dates from the early Middle Ages, after the Norman Conquest of 1066, and there was a well-established Jewish community  in medieval England. But Jews were persecuted and particularly in the 13th century suffered massacres. The expulsion of the entire community took place in 1290, in the reign of Edward I.

Jews returned to England in 1656, during the brief period when the country was a Republic.The first Jewish cemetery after the return was opened  by the Sephardim at Mile End  in London in 1657. Bevis Marks Synagogue in London was opened in 1701 and is today a Grade I Listed building. In the 18th century small Jewish communities developed in the seaports and market towns of southern England and by the 19th century in the growing industrial cities of the midands and the north, such as Birmingham, Liverpool and Manchester. Jews established communities in Wales in the 18th century: the Swansea Jewish cemetery dates from 1768. Individual Jews are recorded in Scotland from the late 18th century; the community in Edinburgh was established in 1816; Glasgow’s in 1823.

In England, Jewish political emancipation was achieved after a gradual process of social acceptance. In 1858 Baron Lionel de Rothschild was finally allowed to take up his seat in the Westminster Parliament. Between 1881 and 1914, the mass immigration of some 100,000 Ashkenazi Jews, refugees from persecution and economic hardship in parts of Russia and eastern Europe, doubled the size of British Jewry. A further 50,000-60,000 refugees from Nazi Europe arrived in the 1930s. The Jewish population peaked at about 450,000 in the 1950s, and today stands at 267,000 — the second largest Jewish community in western Europe. The largest communities are in London and Manchester.

The Survey of the Jewish Built Heritage in the UK and Ireland, begun in 1997,  recorded more than 350 synagogues and Jewish sites that date from before World War II, of which several dozen have been included on the National Heritage List.

Note — we include Gibraltar, a British Overseas Territory, in this section. 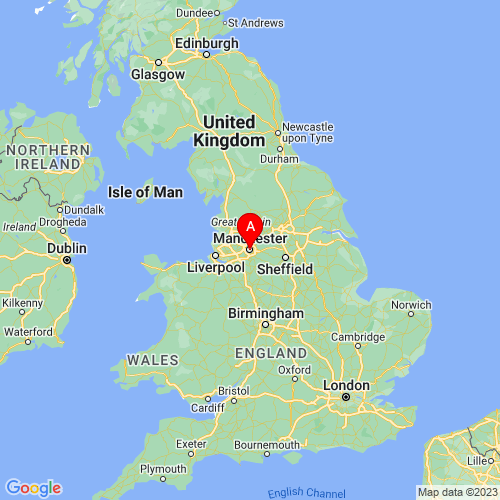