As in most of Scandinavia, Jewish settlement came late to Norway, with significant permanent communities forming only in the 19th century. The first mention of Jews in connection Norway, however, came in the late 16th/early 17th centuries, when some Sephardi Jews who had settled in Holland and Germany were  given special permission to enter the country.  King Christian IV, king of both Denmark and Norway (ruled 1588-1648), believed that Jews could help his country, but he faced opposition from his clergy, which limited Jewish access. In spite of this, from 1620 Jews were allowed to settle in the Danish duchies of Schleswig and Holstein (lost to Germany in 1848-9). Christian IV then granted freedom of religion throughout both Denmark and Norway, and in 1630 granted permission for Jews to travel and trade throughout his kingdom. Jews were not, as in many other countries, forced to live in ghettos or in special Jewish streets or to wear clothes that would distinguish them. In 1641, the king extended this “protection” to include Ashkenazi Jews.

Under King Christian IV’s successor, King Fredrik III (ruled 1648-70), Jews lived under stricter conditions. They were not allowed to be in the Danish-Norwegian kingdom without a letter of safe conduct; the policy was later enshrined in the Norwegian Legal Code promulgated by King Christian V (ruled 1670-99) in 1687.  In 1814, Norway gained its independence from Denmark and drew up its first constitution. This document was relatively liberal, but it stated that the official religion was Lutheran Protestantism and that both Jews and Jesuits were forbidden from entering the kingdom. The writer Henrik Wergeland (1808-45) led a campaign to change this, and in 1851, six years after his death, the ban was reversed.

Jews arrived in small numbers, mostly from Poland and Lithuania. In 1875 only 25 Jews had permanent residence in the country. In June 1892, the first Jewish community was established in Christiania (now Oslo). The community was first given the name ‘Det Jødiske Samfund i Christiania’ (‘The Jewish Community in Christiania’), but a year later this was changed to ‘Det Mosaiske Trossamfund’ (‘The Mosaic Community’). At this time there were 214 Jews in Norway, 136 of them living in Christiania. When the community was established, its approximately 100 members decided to maintain Orthodox practice, though most were not strictly observant of Jewish law. A Jew from Lithuania was employed as teacher, cantor, shochet (ritual slaughterer for kosher meat) and mohel (performer of ritual circumcision). Fixed times were set for prayers and a space was rented for use as a synagogue. In 1893, the community employed a rabbi, Dr Meyer Ashkanaze, and as the number of members increased, the synagogue moved from place to place. Over the next 30 years, due to oppression in Eastern Europe and the difficulties of World War I, the number of Jews in Norway rose from 642 persons (343 in Christiania) to 1457 (852 in Christiania).

By the end of the 1930s about three-quarters of the approximately 2,000 Norwegian Jews were affiliated with the congregation in Oslo or else with a smaller congregation in Trondheim.  The Germans occupied Norway in 1940. The media became filled with anti-Semitic propaganda; the government was taken over by Nazi collaborators. In 1942, 750 Jews were deported to Auschwitz, of whom only 25 survived. The remainder of the Norwegian Jewry escaped to Sweden, where they lived as refugees until the end of the war. Over 100 Jews served in the Free Norwegian Forces, mostly stationed in Britain.

After the end of the war, the Jewish community in Oslo was re-established by returning refugees. They found the synagogue in Oslo unharmed: it had been used as a storage place for Nazi literature and confiscated Jewish belongings. Even the Torah scrolls were undamaged.  But the community was much diminished; there were long periods without a rabbi and little spiritual leadership. In the late 1970s, however, a serious revival of the community began, and many Jewish organizations now flourish. About 1,400 Jews live in Norway today.

The material in these pages is for information only. We have striven to make sure all the links are live — let us know if something doesn’t work. We will continue to add more material over time. 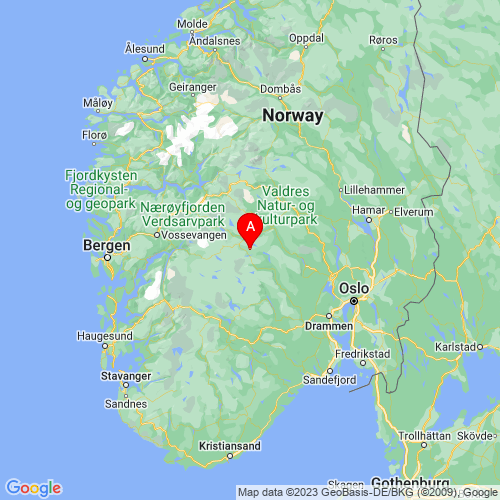