Latvia, like the other Baltic States, has a complex territorial history. It became part of Russia during the 18th century, when the first known synagogues were constructed in Riga and Courland. In its modern form, Latvia first claimed independence after the Russian Revolution/World War I. Following the German occupation of 1941, ghettos were established in Riga, Dvinsk and Liepaja; the Nazi authorities were aided by local auxiliaries in the many atrocities that took place.

When Latvia became part of the Soviet Union, in 1944, only a few hundred Jews remained in the country; returnees were persecuted in turn by the Soviet regime. The modern Jewish community is mostly made up of Russian Jews who migrated to the territory in subsequent years. Riga was a major center of Jewish dissident activity in the 1970s. After the collapse of communism and the resurrection of an independent Latvia in 1991, restrictions on Jewish life were removed.

More than 200 synagogues stood in Latvia before World War II. The  Riga Ghetto and Latvian Holocaust Museum has constructed models of 21 of them. Today, only two synagogues are used for worship — one in the capital Riga and another in the southern city of Daugavpils.

Most synagogues in Latvia were destroyed during or after World War II, but, aside from the two still used for worship, several still stand — used for other purposes or abandoned. These include the so-called wooden “Green Synagogue” in Rezekne and the  Great Synagogue in Ludza — both of which have been restored as cultural centers.

The material on these pages is for information only; we have striven to make sure all the links are live — please let us know if you find something that doesn’t work. We will continue to add further information over time. 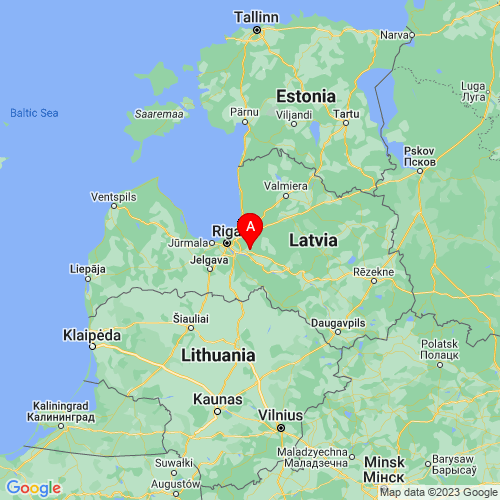