Several archeological finds, including the foundations of a 3rd century CE synagogue at Plovdiv, and inscriptions testify to a Jewish presence in the area today known as Bulgaria that dates back at least 2,000 years. The first Bulgarian state was founded in 681 and became a dominant force in Slavic Europe; it was part of the Byzantine Empire for over a hundred years from 1018 and of the Ottoman Empire from 1396 to 1878.

By the medieval era there were established Jewish communities in several towns:  the skyline in the foreigners’ quarter of the Bulgarian capital Tarnovo/Tarnovgrad (today Veliko Turnovo) was said to be dominated by the city synagogue; Tsar Ivan Alexander (d.1355) married a Jewish woman, Sarah. Ashkenazi Jews from central Europe settled along the Danube River between the 11th and 13th centuries, mainly in Vidin, Svishtov, Nikopol and Ruse; and Sephardim expelled from the Iberian peninsula in 1490s settled in the south and west of the country, establishing communities in towns including Dupnica, Gotse Delchev, Kjustendil, Sofia, Plovdiv, Iambol and Burgas). The Sephardic rite eventually became dominant. Many Jews rose to positions of influence under the Ottomans.

Bulgaria was an ally of Nazi Germany in World War II. Rewarded with territory in parts of conquered Greece and the former Yugoslavia (Macedonia and Thrace), the Government deported  some 11,000 Jews from these territories  to their deaths. Internal protests, however,  prevented the planned deportation of the more than 46,500 Jews in Bulgaria proper. They were mostly confined to labor camps, but survived the Holocaust. Most Bulgarian Jews emigrated to Israel, and the post-War communist era saw the widespread secularization of those who remained. Today, there are about 2,500-5,000 Jews in the country, with communities linked under the umbrella of the Shalom association.

Some 25 synagogue building stood in Bulgaria in the immediate aftermath of World War II. Twelve stand today. They are now registered as national monuments of culture and under the protection of the state, but at least four of them are in ruinous condition. There are also Jewish cemeteries in a number of towns. 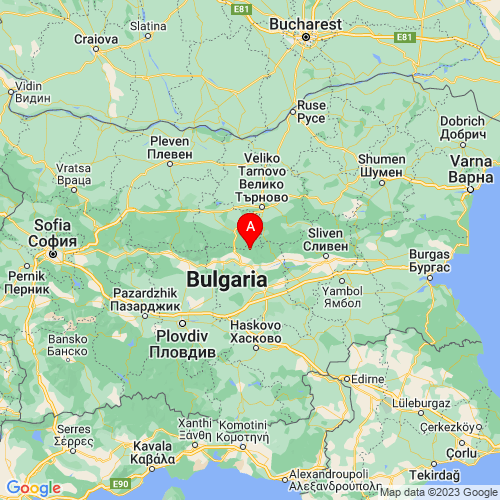