Macedonia was the southernmost republic of the former Yugoslavia. It became independent in 1991 and today shares borders with Albania, Bulgaria and Greece, as well as Serbia and Kosovo. Due to differences with Greece over their own territory of Macedonia, the country is known formally as the Former Yugoslav Republic of Macedonia (FYROM).

Historically, Macedonia included parts of present day Bulgaria and Greece, and Jews lived throughout the region in ancient Roman times. Jewish archeological remains can be seen in modern Macedonia at Stobi, an ancient Roman commercial centre not far from the town of Gradsko. Jews from central Europe (modern Austria and Hungary) settled in Macedonia in medieval times, but the most significant migration of Jews to Macedonia occurred during the Ottoman period, when Jews found refuge in the Balkans after their expulsion from Spain in 1492 and Portugal in 1497. These Sephardi Jews formed their main communities in Monastir (modern Bitola), Štip and Skopje — sites of the most important Jewish heritage sites (aside from Stobi).

Macedonian Jews prospered in trade, banking, medicine, and law and some even became administrators for the Sublime Porte (the Royal Court of Istanbul). Bitola in particular was a lively centre of Sephardi culture, although a poor Jewish underclass developed there in the 19th century. By 1910, on the eve of the Balkan wars, some 10,000 Jews lived in what is now Macedonia. These wars devastated the region and many local residents, including Jews, emigrated. On the eve of World War II, about 8,000 Jews lived in Macedonia with the largest community, numbering about 3,350, living in Bitola.

Bulgaria invaded and occupied Macedonia in the winter of 1941. Almost all Jews  in the territory – together with the Jews of Northern Greece and Thrace – were arrested by the Bulgarian Army and transported to the Nazi camps in Treblinka and Auschwitz (Poland). 7,200 Macedonian Jews were murdered; only a handful survived, most living in hiding or with the partisans. The Bulgarian authorities also appropriated Jewish assets (property, money, insurance, gold, and other valuable belongings).

Today, the Jewish community consists only of about 250 people, almost all of whom live in the capital city, Skopje. 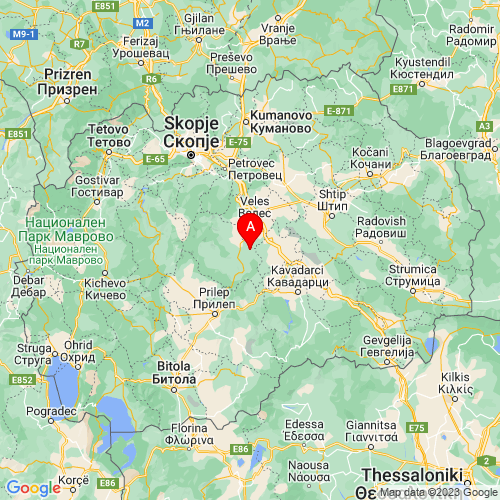