Jews are first recorded in Luxembourg in the 13th century. This small community was effectively wiped out in a series of massacres and expulsions that took place between 1349 and 1530. In 1795 the territory was incorporated into France and Jews were once more able to take up residence. The country became increasingly independent between 1815 and 1867; during this period the Jewish community grew in size, building the first modern era synagogue in Luxembourg City in 1823. Refugees swelled the community further, especially in the late 19th century and during the Nazi era. By the time of the German invasion in 1940, the Jewish population had increased from fewer than 1,200 in 1927 to around 4,000. Most fled or were deported; of the 720 who remained almost all were murdered. Altogether about 2,000 Luxembourg Jews died as a result of the Holocaust. Some 1,500 survivors returned after the war; today Luxembourg has a Jewish population of about 1,200.

Before the Holocaust there were synagogues in Luxembourg City, Esch-sur-Alzette, Ettelbrück and Mondorf-les-Bains. The first two of these were destroyed in 1941; the latter two were badly damaged. Today, there are five Jewish cemeteries in Luxembourg. 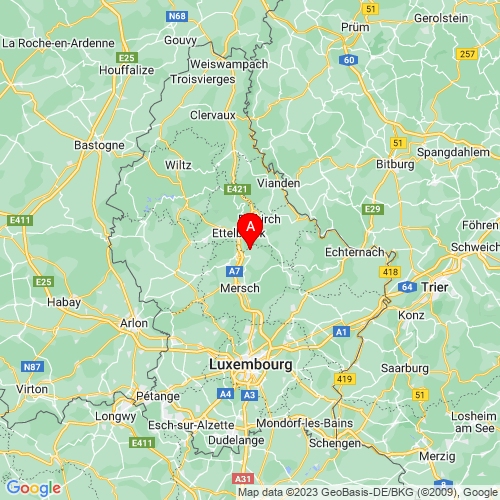