Serbia (including the autonomous provinces of Vojvodina and Kosovo) was the former Yugoslavia’s largest republic. It was an independent kingdom until conquered by the Turks in the late 14th and early 15th centuries. After this, like other Balkan states, it was frequently caught up in events associated with its location on the fault-line of the Ottoman and Habsburg empires. Serbia’s northern province of Vojvodina, for example, was from the late 18th century until 1918 mostly part of the Austro-Hungarian Empire. During that period, as part of Hungary, Vojvodina became an important center of Jewish life and culture, following the same lines of religious and cultural development as the rest of Hungary.

The Jewish population in what is now Serbia increased greatly following the expulsions of Jews from Spain and Portugal in the 1490s. Sephardi Jews made their way east and settled in areas that were part of the Ottoman empire, where they were welcomed. Jews prospered during the ensuing centuries, working as merchants and traders in an atmosphere relatively free from violent persecution or governmental interference.

When the new state of Yugoslavia was created following the First World War, Serbian Jews found themselves in a federation of previously separate states or entities, each with its own Jewish populations, organizations, history and customs.

After the war, thus, there were  abandoned, ruined or neglected Jewish sites in many Serbian towns and villages. Former synagogues were gradually either demolished or put to new uses. Many cemeteries were abandoned; some were pillaged and their gravestones used for construction. Others became overgrown and almost forgotten until researchers began to identify them in the 1990s.

About 20 synagogues, and many other Jewish sites, survive in one form or another. By far the majority of these are in Vojvodina, where cemeteries and/or synagogues existed in as many as 80 locations before the Second World War. Today, most synagogue buildings that remain – such as the grand structures at Novi Sad and Subotica – are protected monuments. Many are being (slowly) restored or adapted to new uses, and nowadays this is usually done in ways that incorporate visible reminders of their Jewish origins. Dozens of Jewish cemeteries still exist in Serbia, but most are in poor condition. 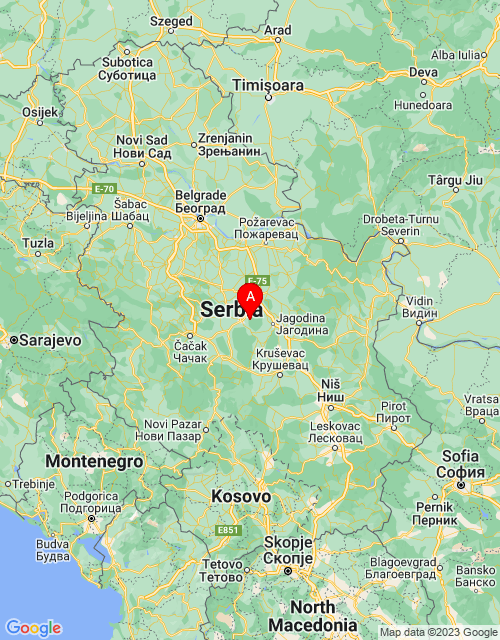