The Jewish community of Finland is small, its history relatively recent. Jews were only allowed to enter what is now Finland during the first half of the 19th century, and they only achieved civil rights in the 20th.

The territory that is now Finland was until 1809 part of the Swedish Kingdom, where Jews were allowed to settle in only three centers – none of which were within the boundaries of modern Finland. Swedish law remained in place even after Finland was absorbed into the Russian Empire. Some Jews, however, came to Finland as Russian soldiers (so-called ‘Cantonists’), and these men and their families were allowed to stay temporarily in Finland after their discharge following 25 years of service. By the end of the 19th century other Jews had been given special status and allowed to reside there, too; but usually only for limited periods and in specified places. By the end of the 1880s there were about a thousand Jews living in Finland.

Only when Finland attained independence in 1917 did Jews receive civil rights. On 22 December 1917, Parliament approved an Act – promulgated on 12 January 1918 – concerning ‘Mosaic Confessors’. Under the Act, Jews could for the first time become Finnish nationals, while Jews not possessing Finnish nationality would be treated equally to other foreigners in the eyes of the law.

In the period leading up to  World War II, there were about 2,000 Jews in Finland. This increase in population was mainly due to immigration from Soviet Russia after the Russian Revolution. During the Finnish-Russian War of 1939-40 (the ‘Winter War’), Finnish Jews fought alongside their non-Jewish fellow countrymen. During the Finnish-Russian War of 1941-44, in which Finnish Jews also took part, Finland and Nazi Germany were co-belligerents. Despite strong German pressure, the Finnish Government refused to take action against Finnish nationals of Jewish origin: Finnish Jews continued to enjoy full civil rights throughout the War. On only one occasion did Finns allow the deportation of Jewish refugees from Austria and the Baltic countries, and this was stopped after the first eleven Jews were deported and murdered.

Today, there are about 1,500 Jews in Finland, of whom about 1,200 live in Helsinki, about 200 in Turku, and about 50 in Tampere. Helsinki and Turku have organized religious communities that use synagogues built in the early 20th century. The Jewish community of Tampere discontinued its activities in 1981. These communities are members of the Central Council of Jewish Communities in Finland, a consultative body dealing with matters of general interest concerning Finnish Jews. 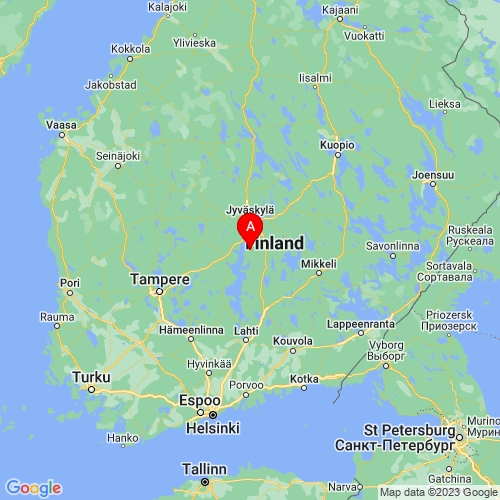