Small numbers of Jews fleeing central and northern Europe are known to have arrived in what is today Kosovo in the Middle Ages, when the territory was part of Serbia, and, after 1455, the Ottoman Empire. They were joined by refugees following the expulsion of Jews from Spain and Portugal in the late fifteenth century. By the mid-eighteenth century about 1,000 Jews lived in the territory, and as many as 1,750 on the eve of World War I.

After World War I, Kosovo, mainly populated by ethnic Albanians, was included in the Kingdom of Yugoslavia. Around 500 Jews lived in the Kosovo region at the outbreak of World War II. In 1941, Kosovo was incorporated in Italian controlled Greater Albania, then in 1943 was put under German rule, before communist partisans recaptured Kosovo from Albania and made it part of the Democratic Federal Yugoslavia in 1944. It was administered as an autonomous province of Serbia.

In the aftermath of World War II, the Federation of Jewish Communities in Yugoslavia, with its headquarters in Belgrade, was formed. Until the break-up of Yugoslavia and outbreak of the wars of the 1990s, just over 100 Jews lived in Kosovo. During the 1990s conflicts, the majority fled to Serbia or Israel.

Today, there is a small Jewish community in Prizren, numbering around 50 members. 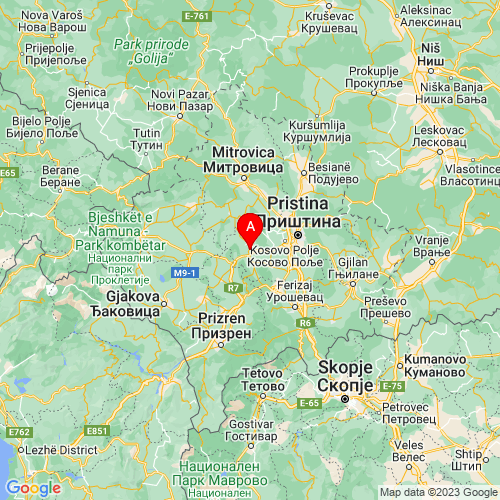