The early presence of Jews in Malta is demonstrated by the carved seven-branched candlesticks or menorot to be seen on the island’s Roman tombs. During the Middle Ages the Maltese islands were part of the Kingdom of Sicily, which had a large Jewish population. The only physical remnants of Malta’s medieval Jewish community, however, (other than Hebrew manuscripts) are half-a-dozen Jewish gravestones, none in their original location. Some 15th-century Jewish legal manuscripts, written in colloquial Maltese but using the Hebrew alphabet, are preserved in the cathedral library of Mdina.

The end of this community came with the expulsion of the Jews from Sicily in 1492. From 1530 to 1798, the Knights of St John ruled the islands, capturing and bringing back large numbers of Jewish prisoners in the course of their forays against the Muslims. The Jews of Venice and elsewhere raised funds to ransom these Jewish prisoners, many of whom were kept in slavery, through the Societies for Redeeming Captives (Hevrot Pidyon Shevuyim). They kept a permanent Christian agent on the island, under whom Jewish slaves were able to maintain a synagogue and a cemetery.

A more traditionally organised community, its origins mainly in North Africa, developed during the last days of the rule of the Knights and, from 1800, under British rule. In 1804, a blood libel raised against this community was firmly suppressed by the English poet Samuel Taylor Coleridge (1772-1834), then colonial secretary on the island.

The community has remained small, numbering today about 25 families whose members form a mixture of Sephardi, Ashkenazi, Orthodox, Reform and Liberal traditions. The community opened a Jewish Center and Synagogue in a converted flat in Valetta in 2000. 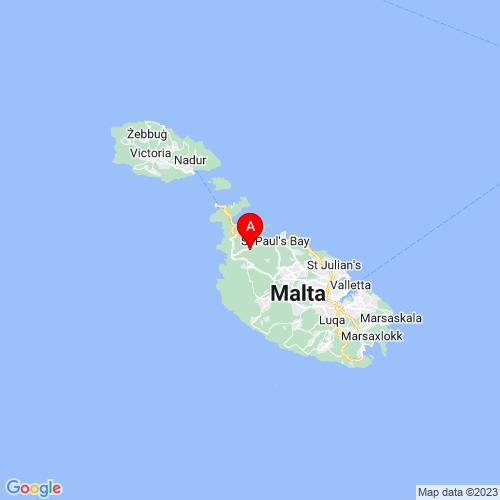