Regulations issued against the Jews in 1685 suggest that Jews were already living in Sweden, if illegally, at that time. Small exceptions were made for Jews visiting on business, although they were still not allowed to settle.  Jews were not legally welcome in Sweden, however, until the late 18th century, when a small community was officially established under King Gustaf III (ruled 1771-1792). In 1779 Jews were granted the right to live in Stockholm, Goteborg [Göteborg] and Norrköping, under certain conditions. In 1782, Jews were given permission to build synagogues, perform communal services and engage in those trades that were not controlled by the guilds in these cities. Although non-Christians were not allowed to participate in government, Jews were allowed autonomy in their own affairs.

The process of Jewish emancipation began in 1838 when King Charles XIV removed some restrictions placed on Jews, granting them legal protection and many civil rights. One of the last prohibitions – that Jews could not hold political office – was not removed until 1951.

Due to immigration from Russia and Poland, the Jewish population greatly increased between 1850 and 1920, reaching nearly 6,500 in 1920. Immigration was regulated following  World War I. Swedish Jewish and other refugee organisations put pressure on the government to develop a more liberal immigration policy, but Swedes all over the country protested strongly, fearing that a threat to job opportunities would result from increased immigration. In 1933-9, only 3,000 Jews were allowed to immigrate to Sweden and another 1,000 permitted to use Sweden as a transit base en route to other locations. After that, Sweden opened it doors. Public opinion, too, had changed as Sweden was by then experiencing a shortage of workers.

Sweden tried to stay neutral during the World War II. The country’s Jewish population was protected, and the government was involved in many efforts to save Jews from Nazi brutality and murder. In 1942, after the Nazi invasion of Norway, Sweden allowed the immigration of 900 Norwegian Jews. In October 1943, the country gave asylum to more than 8,000 Danish Jews who escaped there in small fishing boats. Swedish diplomat Raoul Wallenberg saved thousands of Hungarian Jews in Budapest. Count Folke Bernadotte helped bring both Jews and non-Jews out of concentration camps. In the post-war period, many Holocaust survivors were brought to Sweden for rehabilitation.

Following the war, and in response to the activities of the Swedish anti-Semite Einar Aberg, a law was passed in Sweden in the 1950s, prohibiting incitement of ethnic hatred. In 1956, Sweden accepted hundreds of Hungarian Jewish refugees and in 1968, thousands more, including many intellectuals, students and young professionals, fleeing state-sponsored anti-Semitism in other communist countries, in particular Poland. As a result, the Jewish population of Sweden doubled between 1945 and 1970.

There are synagogues in Stockholm, Göteborg, Malmö and Norrköping. Jewish cemeteries can be found in Göteborg, Gotand, Kalmar, Karlskrona, Karlstad, Larbro, Malmö, Norrköping, Stockholm and Sundsvall.

In January 2000 the International Forum on the Holocaust, attended by 45 heads of state, was held in Stockholm. The forum declared that the Holocaust “challenged the foundations of civilization,” and Sweden as a result became a leading force for the raising of Holocaust awareness. Following the Forum, The European Institute of Jewish Studies in Sweden – Paideia – was established as a non-governmental, not-for-profit educational organization.

In January 2001, Stockholm was the venue for the Second International Forum for Combating Intolerance, which had as its goal “counteracting and preventing xenophobia, racism, anti-Semitism and other extremist ideas and movements.” Nonetheless, there have been episodes of anti-Semitism in some cities, in particular Malmö.

The material provided here is for information only; we have striven to make sure links are  valid — let us know if something doesn’t work.  JHE declines responsibility in case of problems. 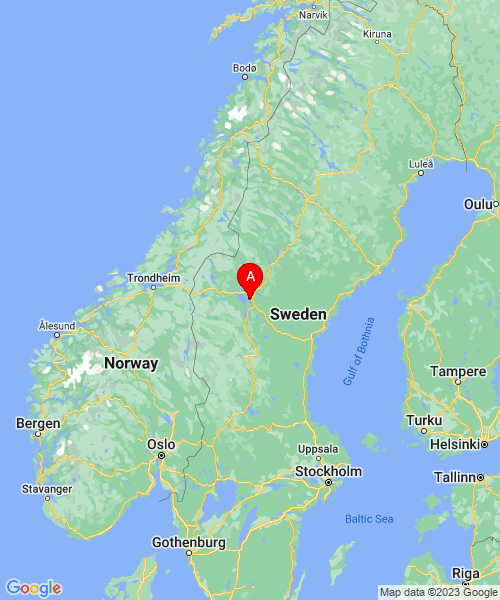